How to Get Cast on ‘The Gilded Age’ 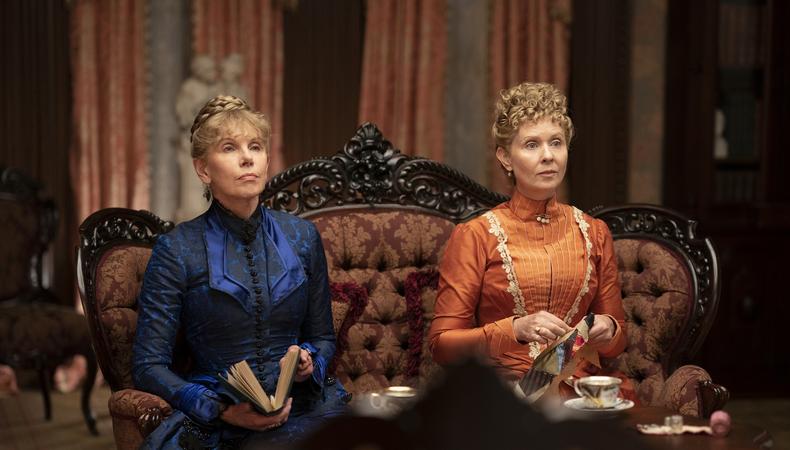 Julian Fellowes’ “The Gilded Age” illustrates the drama that unfolded between old and new moneyed New York families in the 19th century. Set in 1882 and replete with societal tensions and to-die-for fashion, the period series has been an instant hit for HBO. According to Deadline, “The Gilded Age” has outpaced HBO’s “The White Lotus” in terms of growth, boasting a 15% uptick in viewership between the first and second episodes. But how does one become part of this star-studded ensemble, which includes the likes of Christine Baranski, Carrie Coon, and Cynthia Nixon? From audition tips from the show’s casting director to where to find open auditions, here’s everything you need to know about the casting process for the series.

What is “The Gilded Age” about?

Mimicking the downstairs/upstairs vibe that Fellowes portrayed in his hit ITV series “Downton Abbey,” “The Gilded Age” is centered on the divide between the establishment and the newly wealthy in upper-crust Manhattan.

Season 1 follows the growing feud between two families, the old-money Brookses and the new-money Russells. Following the death of her father, the newly penniless Marian Brook (Louisa Jacobson) moves to New York City to live with her wealthy aunts, Agnes Van Rhijn (Christine Baranski) and Ada Brook (Cynthia Nixon). In short order, Marian and her new friend Peggy Scott (Denée Benton) find themselves thrust into the middle of a culture clash between her aunts and their neighbors. Over the course of the season, viewers watch Bertha Russell (Carrie Coon) and her husband, railroad tycoon George (Morgan Spector), struggle to find their place in high society. 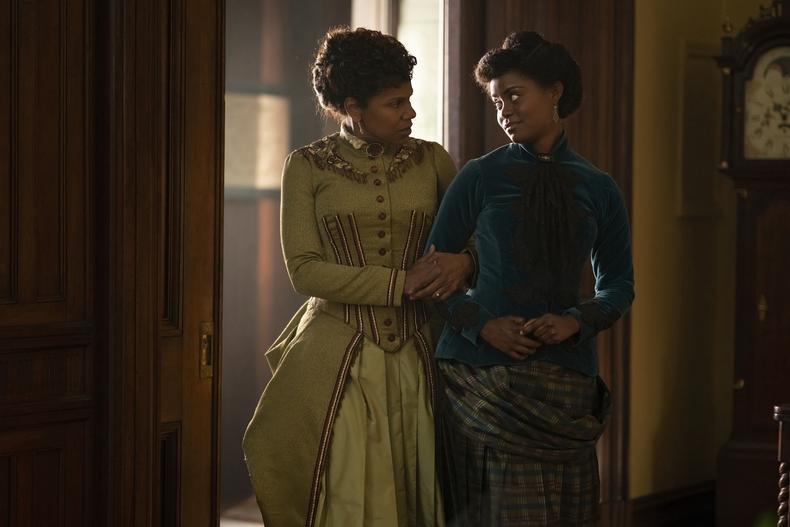 Who is in the cast of “The Gilded Age”?

Season 1 features an all-star ensemble, including:

How does the casting process work for “The Gilded Age”?

Like most projects that started production in 2020, the casting process for “The Gilded Age” was heavily influenced by the pandemic. In this case, Fellowes and his team turned their attention to out-of-work Broadway stars whose careers had been put on pause. According to the Washington Post, Season 1’s regular and recurring cast members hold 56 individual Tony Award nominations and 22 wins between them.

The outlet also noted that it can be difficult for Broadway actors to cross over from the stage to the screen. But for Celia Keenan-Bolger—the Tony-nominated actor who plays Mrs. Bruce—joining the series was a “godsend” during the industrywide shutdown. “There’s this sense of belonging. But also, nobody took that job for granted,” she told the Post. “It was the hardest audition for drama club that you could ever imagine.” 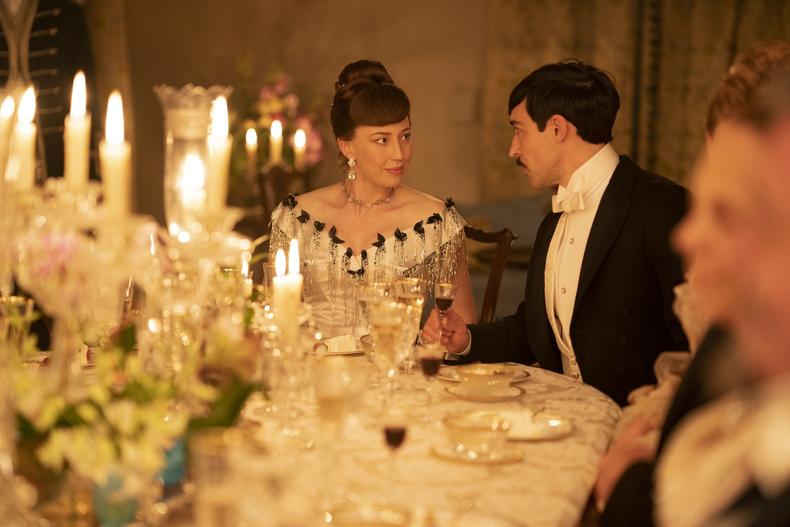 When does filming for “The Gilded Age” Season 2 start?

Per the Hollywood Reporter, HBO renewed the period drama for a second season after only three episodes. “Julian Fellowes and the entire ‘Gilded Age’ family have thoroughly captivated us with their tale of late-19th-century New York City extravagance,” explained Francesca Orsi, the senior vice president of drama series at HBO. “Along with our partners at Universal Television, we couldn’t be prouder to embark on a season two journey with this extraordinarily talented team.”

Per a casting notice, Season 2 will shoot in New York City between March and September. And according to What’s Up New P, filming is also set to take place in Newport, Rhode Island in early May.

“The truth is, we’re always getting the second season ready long before we know whether it goes ahead or not,” executive producer Gareth Neame told Radio Times. “Because, you know, the moment we know we’re going ahead, we have to start—the cameras have to start rolling. So you sort of have to prepare.” 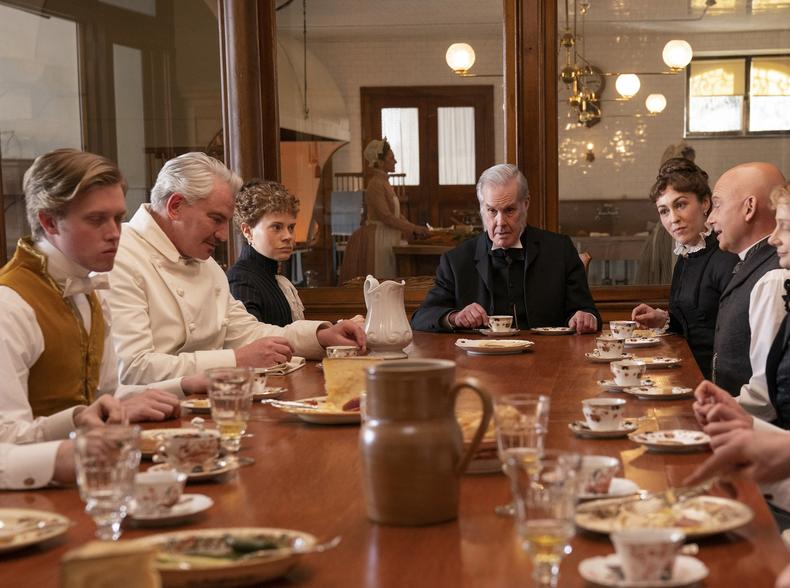 Where can you find “The Gilded Age” casting calls and auditions?

The show is currently casting with Backstage for two different roles. Here’s what they are looking for when it comes to talent:

An African American boy between the ages of 2 and 3 to serve as an extra in multiple scenes. Filming will take place in New York City in April. The actor may also be asked to work periodically through October.

The series is also seeking white male actors, aged 18–30, to play 1880s footmen in background roles. Filming will take place from May through October in the New York City area, as well as Newport, Rhode Island, and Troy, New York. Pay is $182 for eight hours of work plus a $100 COVID testing stipend.

What’s Up New P noted that the series is also casting skilled tennis players for Season 2. Talent must be local to NYC or the Rhode Island area. Filming will take place in Newport between May 9 and 13.

In addition to applying to these active listings, we suggest also bookmarking Backstage’s casting calls and auditions page. For those who are eager to travel back in time sooner rather than later, these period pieces are casting talent now. 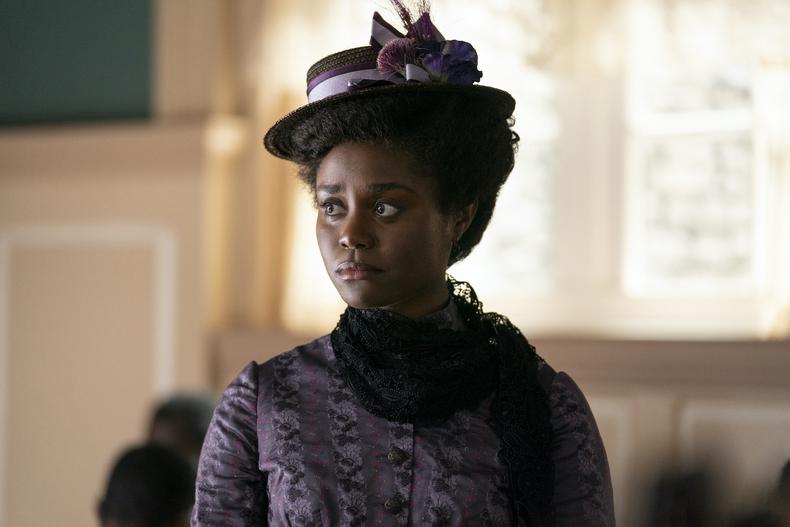 Who are the casting directors for “The Gilded Age”?

Bernard Telsey and Adam Caldwell were the primary casting directors for featured players on Season 1. Telsey is known for casting Broadway shows; he has worked on hit musicals such as “Rent,” “Hamilton,” and “The Prom.” As for Caldwell, he told the Washington Post that he actively sought to cast stage actors. “That’s long been my goal: to get as many musical theater actors on TV as possible,” he said. “They’re the best-kept secret. I feel like they just have never been given the opportunity.”

Wilfley, one of New York’s leading CDs for background work, was also involved in the casting process for Season 1. His eye was key in supporting the opulent atmosphere established by the show’s costume and set design. “There’s a lot that goes into the selection process,” he told Backstage. “We start by asking if they look right; that is usually the criteria. Are they the right ethnicity? Are they the right period look? Is their hair long enough? For the period projects, do they fit in the sizes [the costume designers] need?”

What are the best audition tips for landing a role on “The Gilded Age”?

Nixon, who plays Ada Brook, began acting at a young age. She told us that, back then, she had no delusions about her future success. “My parents were very careful to explain to me that most kid actors don’t become adult actors, so I had that very much in mind,” she said. “I didn’t actually think it was going to happen, but then it just seemed to keep happening!”

As for Nixon’s advice to her younger self, “I would say, try and trust your instincts more, and be more in the moment. Don’t worry so much, and don’t shy away from things that you’re going to fail at. Failing is not the worst thing. Failing actually can be really valuable.”

While they aren’t the most glamorous roles, Wilfley recommends embracing the opportunities that background work has to offer. “Everyone starts somewhere in the industry. Doing background work is a great way [for actors] to start and see what happens on a set, to see their peers actually working on their craft, and to get comfortable and familiar with how a production team works,” the CD told Backstage. “I always tell people starting out who are nonunion actors that it’s a great way to learn about the business and be on a set, but also to be close to the principal actors whom you admire. You witness their craft and career and actually see them work. You can’t learn that in drama class. You learn a lot in drama class, but to actually see it happen in person is a different thing. Always approach it as an observation and a good learning experience.”