An Insider’s Look at the Art of Playwriting 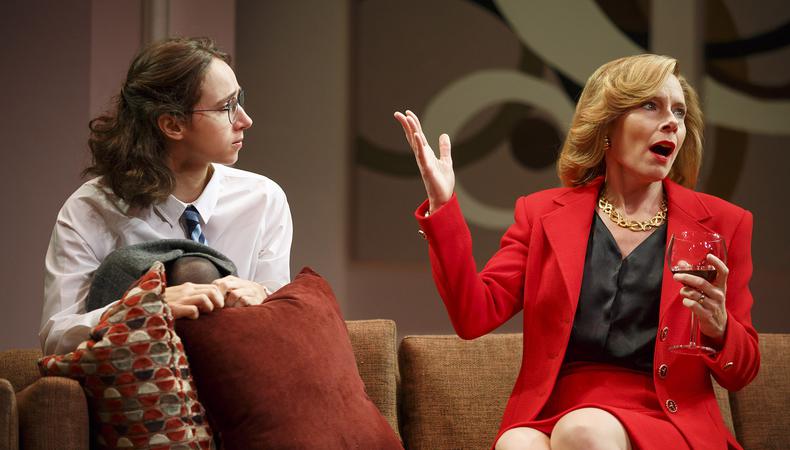 The moment Mike Bartlett knows he’s writing a play is when he’s the most stumped. Whether it’s the political intrigue of the British monarchy following Queen Elizabeth II’s death in “King Charles III” or the future chaos of global climate change in “Earthquakes in London,” all of his plays come from a place of uncertainty, a burning question that has no answer.

“When I can find a story that explores something that I don’t know what I think,” Bartlett tells Backstage, “I’ve got a play. If I knew the answer, I would write a speech or an essay.” His characters can then explore, in their dialogue and development, possible solutions to that central puzzle. “What’s great about theater and drama is it thrives on dialogue, and dialogue thrives on people with different points of view fighting for what they want,” he says.

Actors enacting a philosophical debate, of course, would bore an audience to tears. “You want them to be as three-dimensional and as contradictory and as interesting as possible,” says Bartlett of his creations. “They’re not mouthpieces in order to stage an argument. They’re just characters that are as concerned with how they like their tea as they are about the state of the world. What I’ve found is if you get the right characters in the right story and put them in the right setting—and let them go—they tend to do all the exploring of the issues for you. Because people are interesting and political and funny and sad.”

READ: “How to Become a (Successful) Playwright”

His new play, “Love, Love, Love,” followed a similar mental trajectory in its development. Receiving its U.S. premiere in Roundabout Theatre Company’s Off-Broadway production starring Amy Ryan, Zoe Kazan, and Richard Armitage (opening Oct. 19 at the Laura Pels Theatre), the piece follows a London couple’s journey from hippie culture at the height of the summer of love to the 21st century.

“I’d been thinking a lot about the baby boomers growing up and their relationship with their children,” remembers Bartlett. “And the contradiction, in a way, in the fact that a generation who defined themselves by the ideas of ‘All you need is love’ and ‘Imagine there’s no property,’ all peace and love—that generation was also the generation that voted in Reagan and Thatcher.

“What happened to their ideals, ambitions, beliefs? How does the world look different in the future from how they believed it would be? I didn’t know how I felt about that.”

From those questions emerged the fleshed-out yet ever-changing characters of “Love, Love, Love,” which of course gets its name from “All You Need Is Love,” the Beatles song that took the world by storm on the 1967 Our World broadcast. As a member of Generation Y, Bartlett is also fascinated by the way parents and their children evaluate each other’s cultures, choices, and legacies. “We haven’t—or have we? That’s the question I suppose—made the same impact on culture and society and politics and economics that our parents’ generation did.”

The play’s title also hints at its structure: three acts set in three different points in history. Bartlett’s other playwriting technique—his way of knowing if an idea could work onstage—is paying close attention to form. Set up a structure or conceit, he suggests, and content will follow. “That means each [play] therefore has to be written differently. You’d write a cabaret very differently from something in iambic pentameter. With this play, each act has a slightly different form, which reflects the period of time it’s set in.”

Working playwrights should also be constantly making sure what they’re writing is theatrical; audiences attend plays specifically to experience something they can’t get from film, TV, music, or art. Live performances in 2016, Bartlett says, are fundamentally unusual. “You go into a space, you switch off all your screens, hopefully, focus on one thing, and you’re locked in and doing it with other people. It’s collective and not individual. That experience is so unique that audiences are craving it to be an event.”

Want to star in an Off-Broadway play? Check out our theater audition listings!

Jack Smart
Jack Smart is the awards editor at Backstage, where he covers all things Emmy, SAG, Oscar, and Tony Awards. He also produces and hosts Backstage’s awards podcast “In the Envelope” and has interviewed some of the biggest stars of stage and screen.
END_OF_DOCUMENT_TOKEN_TO_BE_REPLACED