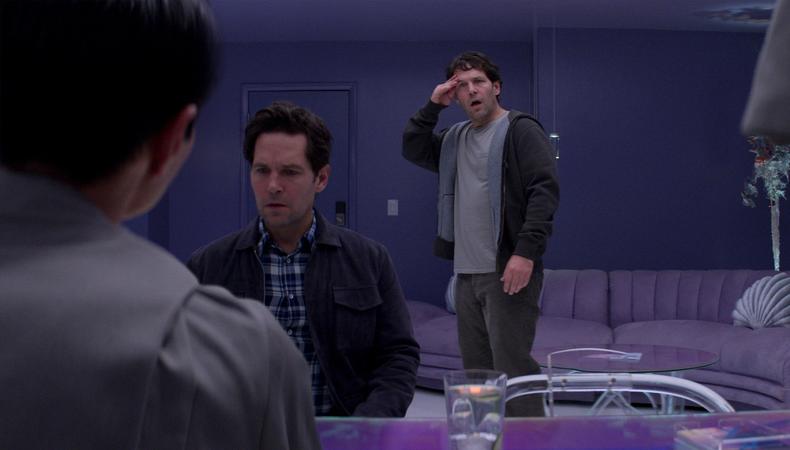 “In the Envelope: An Awards Podcast” features intimate interviews with award-winning actors and other creatives. Join host and awards editor Jack Smart for a front-row seat to the industry’s most exciting awards races, and valuable acting and career advice from contenders!

Paul Rudd has charmed audiences in everything from his breakouts in “Clueless” and “Wet Hot American Summer” to modern-day comedy classics like “Knocked Up” and “Anchorman.” This year, he continued his marvelous work as Ant-Man in box office champion “Avengers: Endgame” and scored a Golden Globe nomination for Netflix’s new comedy from Timothy Greenberg, “Living With Yourself,” in which Rudd takes on the challenge of acting opposite his clone. The multihyphenate entertainer joined Backstage to chat about craft and his favorite kind of performance. Click here for the full episode or get some great nuggets of advice below.

Anxiety over job security is just part of being an actor.
“It isn’t like that [anxiety] goes away once you get your SAG card [or] even once you are working somewhat steadily. It can still feel completely overwhelming. And I think it’s also in an actor’s nature to wonder, Well, what’s next? Even when you get some job—anything, a play or a commercial or something—what’s next? ’Cause this is cool now, but, you know, this is gonna be done in about a week.”

‘Shining a Light on How Crazy It Is to Live’: Paul Rudd Reveals His Creative Process

Acting opposite yourself onscreen requires pulling out all the stops.
“Acting is reacting, so I’m gonna react to whatever’s going on in front of me. Part of the appeal of doing [‘Living With Yourself’] was trying to be the architect of the scene in a way I’ve never been before, where I get to build the scene, take it to a certain place, know how I want it to sound, how I want to hit certain jokes and setups and all of that. And it never works that way because usually whatever anybody else is doing is going to change the direction in some way. It was a cool experiment.”

Jack Smart
Jack Smart is the awards editor at Backstage, where he covers all things Emmy, SAG, Oscar, and Tony Awards. He also produces and hosts Backstage’s awards podcast “In the Envelope” and has interviewed some of the biggest stars of stage and screen.
END_OF_DOCUMENT_TOKEN_TO_BE_REPLACED