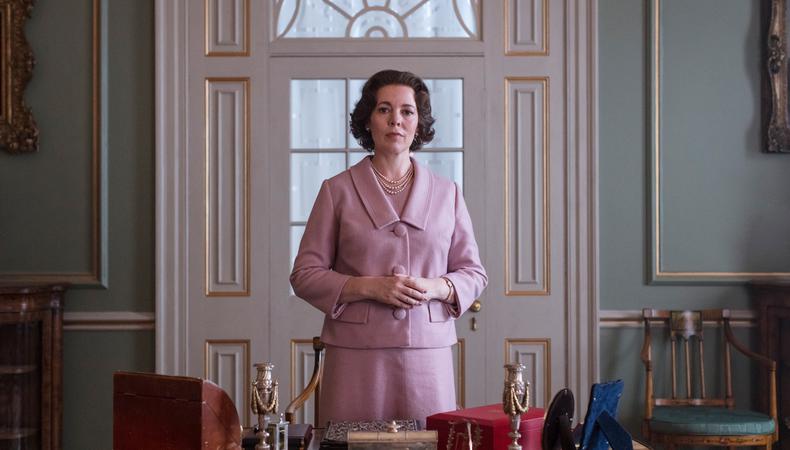 It’s been nearly five years, but Adriano Goldman has yet to have a bad day working on Netflix’s Emmy-winning series “The Crown.” As the regal drama’s cinematographer, he is a facet of a team comprising the U.K.’s best, from writers and directors down to the crew who maintain the rigorous production schedule. That also, of course, includes its former and current stars Claire Foy and Olivia Colman, respectively. Here’s how the look of the show changes as it jumps between eras, and how he gets actors to trust him. (Hint: It’s “little by little.”)

“The Crown” has a very distinguished look. How does what you do factor in?
“The Crown” has a few ingredients that really make this show what it is; mainly the script and the quality of the dialogue, and Claire Foy’s performance on Seasons 1 and 2 and now Olivia. The cast and the quality of the performances—not only by the actors but the directors we have on board and how sophisticated they are—the specific tone we’ve found is realistic and less fantasy-like. You actually believe the costumes and locations, they’re not Cinderella-like. That has been and was very much discussed when we started: What is the kind of look we want? Especially knowing how many different shows about the royal family there have been over the years; we want to be original and we don’t want to be reusing references. Also, when we started, the U.K. was coming off of “Downton Abbey,” so we used “empty references,” meaning things we didn’t want on the show, [such as] vivid colors. The philosophy is that less is more. We want to be absolutely sure that every shot looks and feels like a dedicated shot. We have an Oscar-winning production designer, we have the best costume designers in this country, we have the best first ADs you can find in the U.K.

The show really reset between Seasons 2 and 3. How did that change the look and, specifically, your work?
You question yourself every time you start the season: “Do I still have the same motivation about this?” But then we had a different cast for Season 3, so it didn’t feel like a continuation. The periods change, so we can change the look. We’re now on Season 4, and we’re embracing modern design and architecture. It’s not necessarily a conscious decision, we just all want it to evolve. There are discussions like, “Should we frame Olivia in a different way than we framed Claire?” Those discussions always come up, but we don’t say, “This is what we’re going to be doing differently in Season 4.” The show is evolving naturally, becoming a little less classical and a little more observational and modern. It is still “The Crown,” but now, for instance, we have Diana and new characters coming in, like Margaret Thatcher. There’s always new stuff to keep us alert and active and excited. 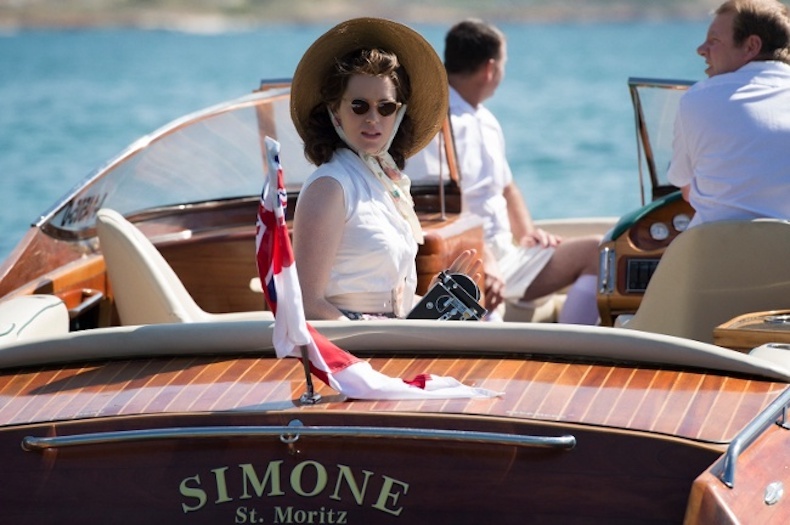 Can you elaborate on the ways in which you work with actors?
My passion is for storytelling, and my goal is to work with smart, sophisticated directors and designers and to work closely with the actors, because I think what they do is incomparable to any other job; how they expose themselves, how much they have to study and prep, because otherwise they disappoint the crew. That’s why with Claire Foy and Olivia Colman, it’s not just the quality of the performance you see onscreen, it’s their attitude and professionalism. They are always ready, they relate to the crew, they show respect for what we do. A big part of what I do is protect them—protect their time between takes and make sure they don’t get disturbed [so they can] keep concentrated. And then, of course, little by little, I gain their trust and confidence so I can relate directly to them instead of going to the first AD. By now on “The Crown,” that is the case. I’ve even had Olivia Colman recommending me for other jobs, which is old-school stuff; back in the ’30s and ’40s, actresses used to have their favorite cinematographers. I do what I do because of the actors. A good cinematographer cannot save a bad film, cannot save a bad performance or bad script. So, when I choose to do something, my attitude is to do whatever I can to make the whole project as good as possible. It’s not just about my job or work or my taste or style; it’s more collective. When you think about the industry in the U.K., you think it’s going to be super hierarchical because of the collective experience of 120 years of filmmaking, and I’m trying to gain my own space and build a reputation. But then, little by little, you find that people are kind and supportive.

How did you decide to pursue cinematography?
When I was a teenager, I remember watching a show by the documentarist and oceanographer Jacques Cousteau. He used to show the camera operators and the crew getting ready to dive, and that was the first time I actually saw a camera being handed to someone. I remember realizing that not only do I like the show I’m watching, but I understand that there is actually someone behind the camera, there is someone there at the place shooting this stuff for me to watch. I thought, I want to be doing what that guy is doing. Camera, framing—it’s half technical, half artistic. My first work experience was on a local TV station, and you realize there’s a hierarchy. I really got enchanted by the film world, and I always wanted to be there. Last year, I realized I only have fun when I’m working, because I’m learning and making new contact with people. On “The Crown,” for instance, I don’t remember having a bad day, and it’s been almost five years.

If there is such a thing, can you describe a typical day on set for a cinematographer? We always discuss the day we’re on the previous day, apart from discussing every single location during prep. There’s always a conversation on record about the following day with the director and the heads of departments: Where do we want to start tomorrow, so we all have a common goal and so there’s no confusion early-morning of who’s waiting for whom? When I step on set, I usually know what my first shot’s gonna be. There’s usually an hour pre-call for electricians, because [with] the [lighting] methodology we use on “The Crown,” my main sources are usually coming from outside, so there are always logistics to deal with. There’s an interesting preparation for every single day, especially when we are on location. The director and the first AD will call the cast when they’re halfway through makeup; they’ll break the makeup process and bring the actors to set. They read the scene they’re going to shoot next, there’s a little bit of a rehearsal, and that includes a little bit of choreography, so before they go back to finish hair and makeup, the actors more or less know their marks. They finish their makeup and we have another half-hour or so to develop the lighting environment, not only for the first shot but also things can be prepped for the second and third shots.

My sets are usually very free, and I try to keep it very simple. I know it looks very grand and sophisticated, but it’s not a complicated lighting method. It’s not cheap, but it’s not complicated. Light should come from outside or from practicals; I use practicals constantly and rely on their levels and I play with the dimmers myself. Then we shoot the first scene. A good day on “The Crown,” we have just under three pages to shoot, broken into two or three scenes. We now also have loads of “short beats”—montages, scenettes—so the schedule is a little busier because of the short scenes; even though we’re still shooting three pages, we have, like, 10 different scenes. The days can vary; you can shoot two long scenes or a series of short scenes, and we also don’t usually spend more than two or three days on the same location. We’re always on the move. It’s busy! It’s not tedious, ever.

Casey Mink
Casey Mink is the senior staff writer at Backstage. When she's not writing about television, film, or theater, she is definitely somewhere watching it.
END_OF_DOCUMENT_TOKEN_TO_BE_REPLACED