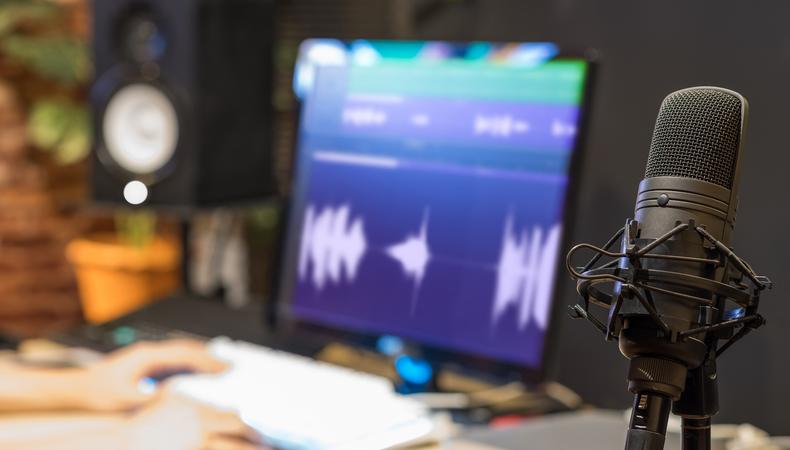 Recording voiceover audio from home is about more than just speaking into a microphone. Aspiring VO actors also need the proper equipment and recording space; they also need to do plenty of vocal prep. What’s more, according to voiceover casting director Terry Berland, “You need to know how to direct yourself for all your home reads.”

Here, we break down what you need to have in order to start recording and the fundamentals of voice acting, plus tips for refining your technique.

What is a voiceover? 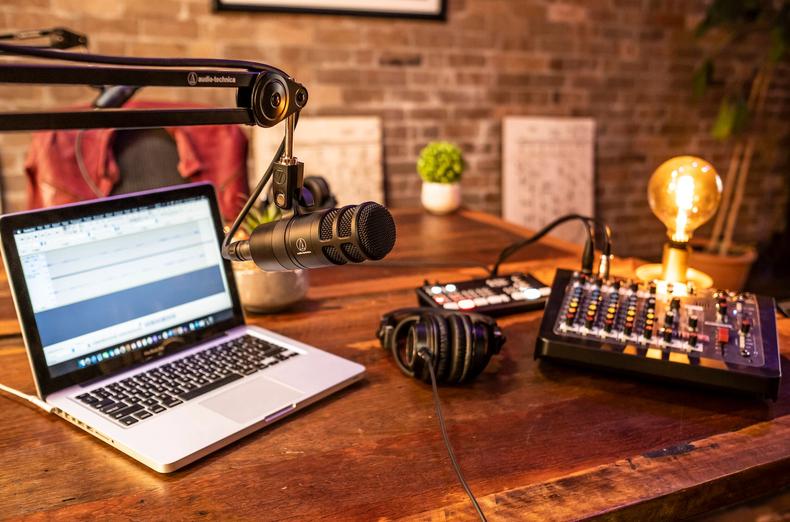 What do your favorite animated movies, immersive video games, and narrative podcasts have in common? Each relies on the value of the voiceover to wow viewers, players, and listeners. This audio heard during a video, video game, or scripted audio shows is considered a voiceover. Recordings are produced non-diegetically, or off camera, and added into the project later.

The most common mediums that require voiceover actors include:

How much do VO actors make? 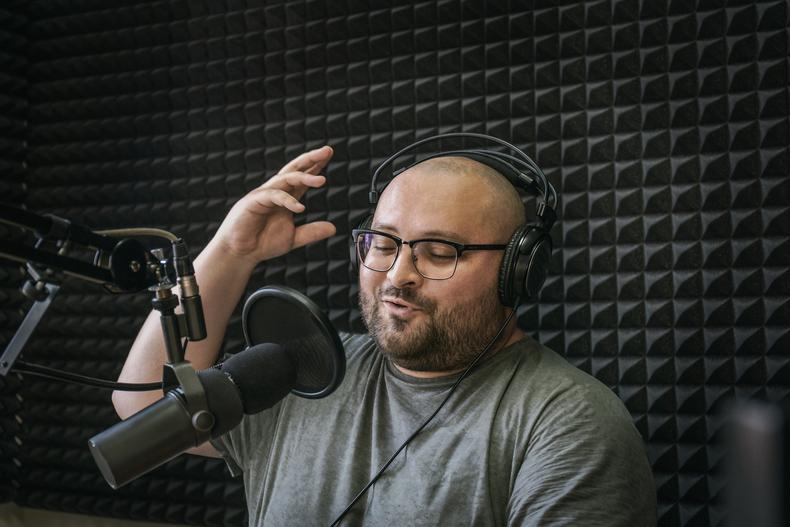 For example, the SAG-AFTRA Upfront Use Package rates for off-camera principal actors (like VO actors) in commercials are:

According to ZipRecruiter, the average voiceover salary is $76,297/year.

What makes a good voiceover? 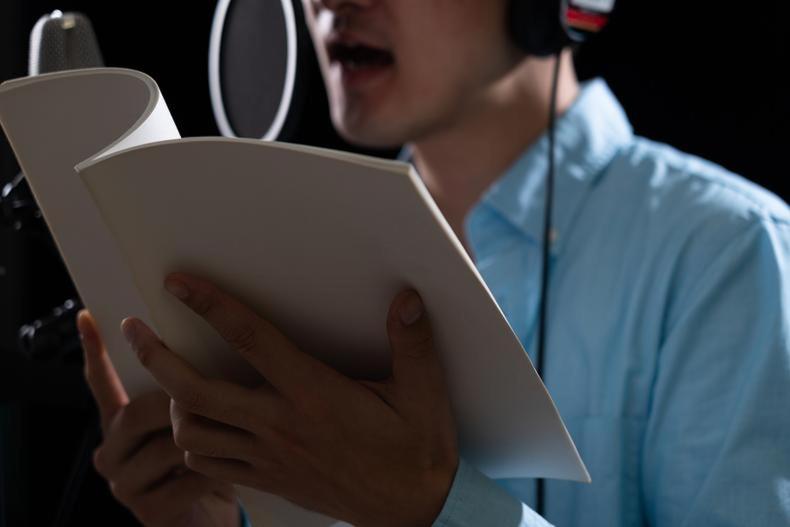 You probably want to know how to be better at voice acting before you start recording. Since voiceovers range from silly to instructional and everything in between, voice acting advice that applies to one might not work for another. However, certain elements are necessary for any VO project, no matter the subject. These include:

Clear audio: Your audio should be as clear and unmuffled as possible. According to a study from TechSmith, audio quality has a major impact on video viewership; more than 25% of viewers watched a video all the way through primarily because they enjoyed the audio. Conversely, many viewers stop watching when the audio quality is poor.

A compelling voice: Few people want to listen to a voice that grates at their nerves. Harmonious voices that are pleasant to the human ear and have the right rhythm, tone, and style for the project are more likely to succeed.

The right diction: The style of diction, or the accent, inflection, and intonation of the spoken word, will vary depending on the type of work you’re doing. For instance, an educational project aimed at English language learners might require a flat, clear dialect, while a sweet tea commercial might ask for a conversational Southern drawl. And when it comes to voicing an animated character, the desired diction can get very particular, like Mickey Mouse’s iconic falsetto or Bart Simpson’s nasal, gravelly tone. You may end up creating a persona that you use for all of your work, or you may be more versatile in your voice acting. It all depends on what feels right for you and your listeners.

Smooth tempo and pacing: Different projects will require different types of pacing and tempo. If you’re recording a skit about President Barack Obama, you might try to match his deliberate, oratorial pacing. If you’re voicing an auctioneer, you’ll probably speak very quickly.

Tempo, or the rate at which words are spoken, tends to follow the natural rhythm of a spoken conversation. It’s unlikely that any real-life exchange has an even-paced tempo, since that would sound robotic. Instead of trying to keep your speaking rhythm perfectly even, voice acting experts advise that you take your time and vary the tempo every so often. Even if you’re asked to speak at a high tempo, make sure that every word is audible. It can also be helpful to take a breath at punctuation points in order to divide the text into digestible pieces. Pacing also helps highlight key information in a script, such as a company’s name in a commercial script. Don’t forget to pause for dramatic effect, like Frank-N-Furter’s (Tim Curry’s) “I see you shiver with antici… pation” in “The Rocky Horror Picture Show,” or the dramatic pauses William Shatner employs throughout his work.

How to record voiceover 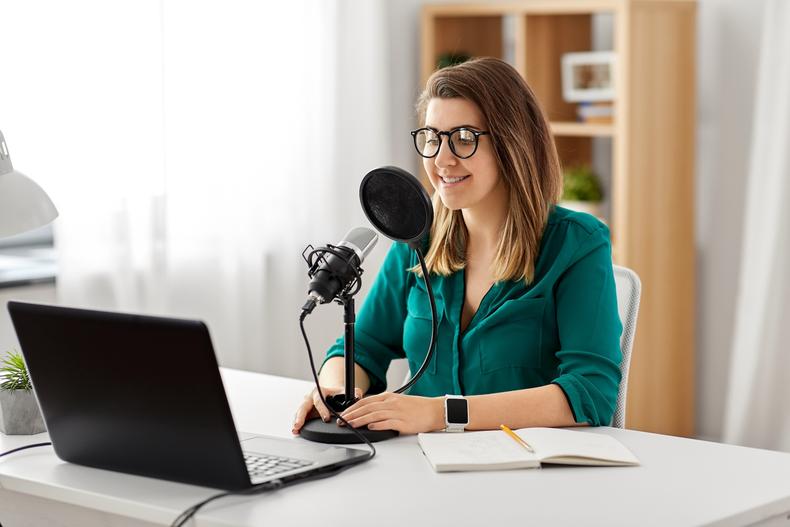 1. Prepare your space and equipment: As tempting as it might be to just start speaking into your laptop microphone, you need to lay down essential groundwork first.

The room in which you record is the most important factor to consider,” says professional voice actor Jamie Muffett. If you have a professional studio to record in, great! If not, preparing your studio for sound isolation should be your first priority.

Avoid large open rooms where sound can bounce around and feed back into your microphone. Instead, find the least noisy small enclosed space in your home, like a garage, shed, or even a closet. Your space should allow you to record natural, clean, clear audio. It shouldn’t sound like you’re in a bathroom or like your microphone is muffled.

Consider investing in acoustic foam or wall panels to absorb and distribute sound waves. For a more budget-friendly option, set up a space using thick blankets and clothes that can absorb sound.

Next, you'll have to think carefully about your voiceover equipment, including:

You don’t have to buy the most expensive equipment to succeed, but getting started with the right tools is important. Lower-quality equipment results in lower-quality audio.

2. Prepare your script: Preparing your script ahead of time prevents filler words, pauses, and other such mistakes that can sour an otherwise stellar recording. If you’re hired to do VO, you’ll likely be given a script; but if you’re just testing out your equipment or trying to tape demos, writing out your own script is the way to go. Read through it a time or two to test how the words feel coming out of your mouth, and then revise accordingly. Your script should be:

3. Prepare your voice: You want your voice to resonate with your audience, not frustrate them with how scratchy or tense it sounds. To ready your voice:

4. Test it out: Conducting a test will allow you to resolve any remaining issues. When you do your trial run, tape a good length of silence (a minute or two) before speaking. This allows you to check whether your equipment is working properly and detect any hidden background noise. A set of studio headphones is essential here, since consumer-grade headphones won’t allow you to hear all the auditory nuances.

You’ll be able to see the sound waves of the recorded audio with your audio interface. During the silence, if there’s a hum or fan running, it may show up as being recorded at low levels. If there is a significant amount of ambient noise in your environment and you can’t relocate your setup, you may have to turn down the gain on your microphone or audio interface. But be sure not to sacrifice so much gain that your voice becomes inaudible.

This may seem like a lot of preliminary work, but it’s necessary. There’s no sense in finishing a session only to realize afterward that you don’t have the right tools or that it’s filled with unwanted background noise. 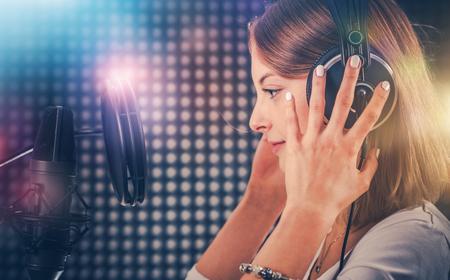 Everything to Know About the Voiceover Casting Process: From Demos to Auditions

6. Edit: Once you’re confident in your work, you can start editing using your editing software of choice. Although many software programs have automation options, try simply listening and taking notes for the first round, marking the time stamp for any unwanted background noises, elocution errors, awkward silences, and tripped-up words. After these are notated, edit by clipping the parts you don’t want and stitching together the parts you do. Take a short break, then listen to your edited recording to see if it requires a second round of revisions.

7. Export:  Send the audio to your video editor. to export an audio file, click the Export menu>Export Audio Only. Enter the file name, location, and type, and click Export.

Most importantly, remember to have fun! Since smiles have a sound—and a contagious one at that—if you’re having a good time doing a voiceover, your audience will have a great time listening to it.

Check out casting calls and auditions on our comprehensive database to land your next voiceover acting gig.