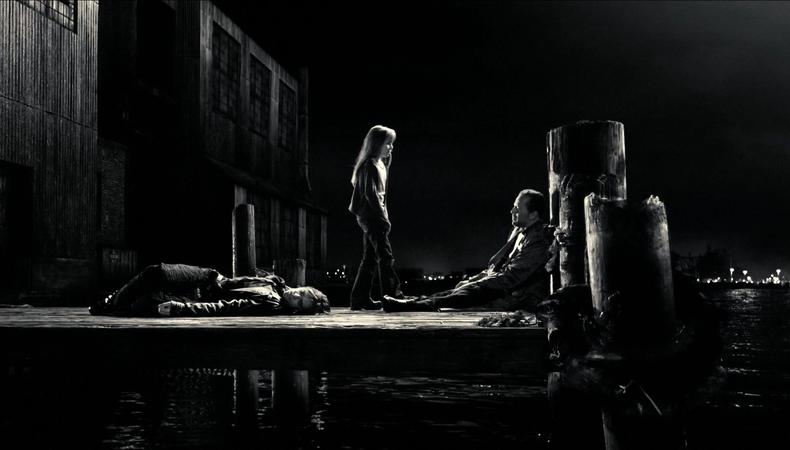 Film is a two-dimensional medium that demands a three-dimensional look. Cinematic lighting techniques can give your shots depth, and none are more creatively interesting than chiaroscuro lighting.

Popularized nearly a century ago, chiaroscuro lighting is still valuable in modern cinema and television. Here’s everything you need to know about the technique, how you can replicate it, and examples to reference from a wide array of genres.

What is chiaroscuro lighting? 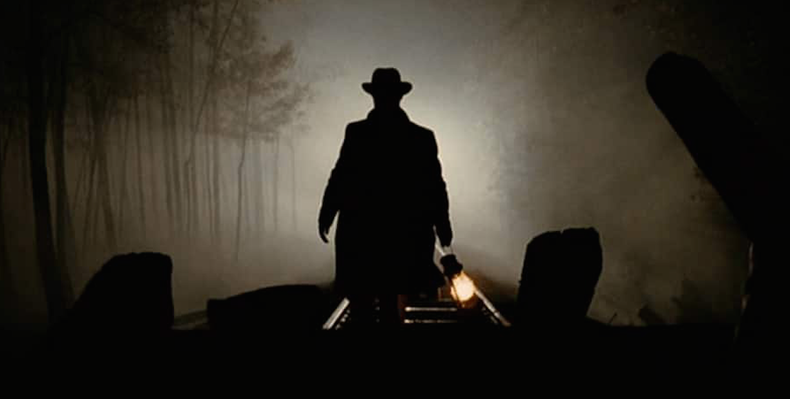 The name defines itself—in Italian, ”chiaro” means “clear,” and “oscuro” means “dark.” Together, chiaroscuro refers to the contrast between light and dark in your imagery. It was originally a painterly concept developed by Leonardo da Vinci, Caravaggio, Johannes Vermeer, and Rembrandt in their respective works during the Renaissance art movement.

In cinematography, the term refers to the low and high contrast lighting that creates dynamic areas of light and shadow in films. While it is more noticeable in black-and-white films, chiaroscuro lighting is still present in modern films, such as Oscar winner Roger Deakins’ cinematography in “The Assassination of Jesse James by the Coward Robert Ford.”

What is the purpose of chiaroscuro lighting?

Chiaroscuro lighting gives your shots depth. As Jordy Vandeput at Cinecom puts it, audiences perceive chiaroscuro lighting as depth because they’re seeing “multiple layers of brightness.” An object or character in the foreground that is lit clearer than something in the background—even if that’s just the right side of a person’s face contrasted with the slightly more shadowed left side of their face—gives your imagery a 3D effect.

Chiaroscuro lighting can also help focus the narrative—it’s essentially blocking through lighting. The “lighter” area of the frame, contrasted with the darker elements, directs the viewer’s eyes, eliminating any visual confusion. In this shot from Jordan Peele’s “Us,” the lighting reveals just enough detail for us to see the threat while still maintaining the mystery and tension vital to the horror genre.

How to create chiaroscuro lighting

Cinematography is painting with light, and painting is not an easy task. Before you try to create your own chiaroscuro lighting, you need to be familiar with three components of cinematography:

As with all forms of cinematic lighting, getting chiaroscuro lighting just right is often a matter of trial and error. To get started, try these three steps:

Once you understand the basics of creating chiaroscuro lighting, you can play around with what the shadows and light are doing. What are you revealing in the clearer parts of your frame? What are you hiding in the shadows? Where are you drawing the audience’s eyes?

Photographer Jamie Windsor points out that “the right exposure is subjective” when it comes to using chiaroscuro lighting. The important aspect of the technique is illuminating what matters in the shot. “We get enough information to understand what is going on, but with such a minimalistic composition, every part that we can see gets much more attention than we would normally give,” Windsor says.

As a film lighting technique, chiaroscuro lighting for films grew in popularity during the early 20th century. “The Cabinet of Dr. Caligari,” widely regarded as one of the first films of the German Expressionist movement, is responsible for popularizing chiaroscuro lighting in cinema. The juxtaposition of light and shadow creates a surreal effect that is haunting yet gorgeous to look at. 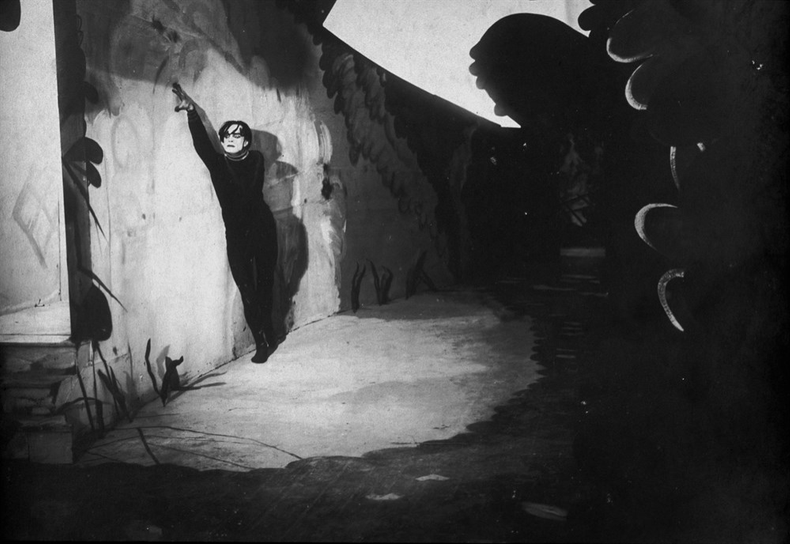 “The Cabinet of Dr. Caligari”

The technique worked its way into American movies and was prominently featured in Orson Welles’ “Citizen Kane.” While early American cinema had seen a mix of light and shadow before, “Citizen Kane” introduced a profound depth of field that felt revolutionary. 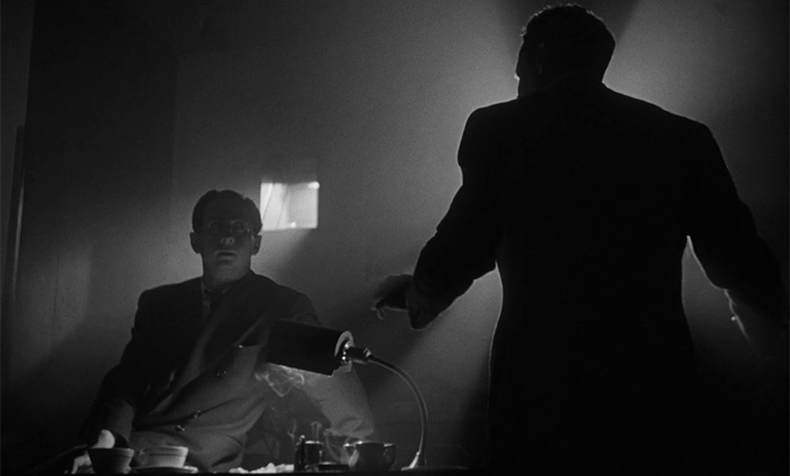 The use of chiaroscuro in film also became a staple of Francis Ford Coppola’s work, most prominently in his magnum opus “The Godfather.” Cinematographer Gordon Willis opted for hard light that illuminated characters from above or the side, keeping the film’s guarded, walled-off characters quite literally in the dark. 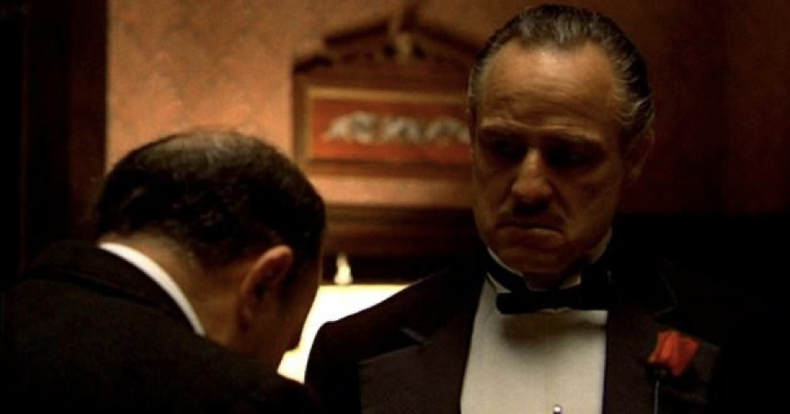 Chiaroscuro lighting is not reserved for prestigious films or specific genres. For example, Catherine Hardwicke utilized the technique in the piano scene from “Twilight.” A harsh backlight coming through the windows drenches the scene in a heightened mood most often associated with film noirs. It looks as dramatic as teenage love feels. 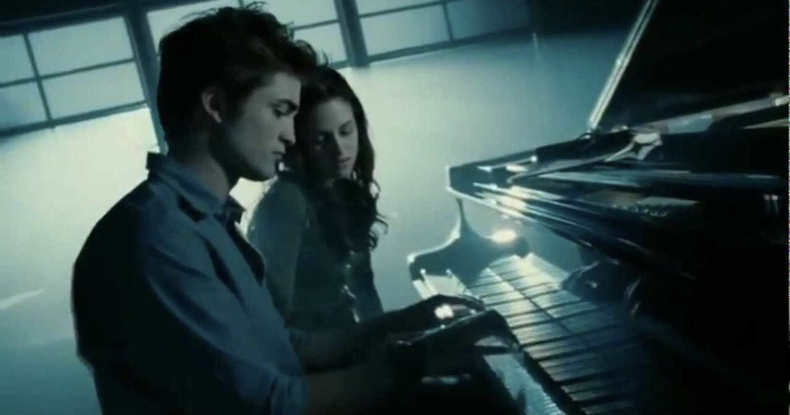 The slick and dynamic style of film noir dominated the big screen from the early 1940s until the late 1950s, setting the tone for what most audiences know as chiaroscuro lighting.

Lighting is the most complicated element of film noir. To recreate the film noir look, place your key light off-axis to create dramatic shadows across your subject’s face. 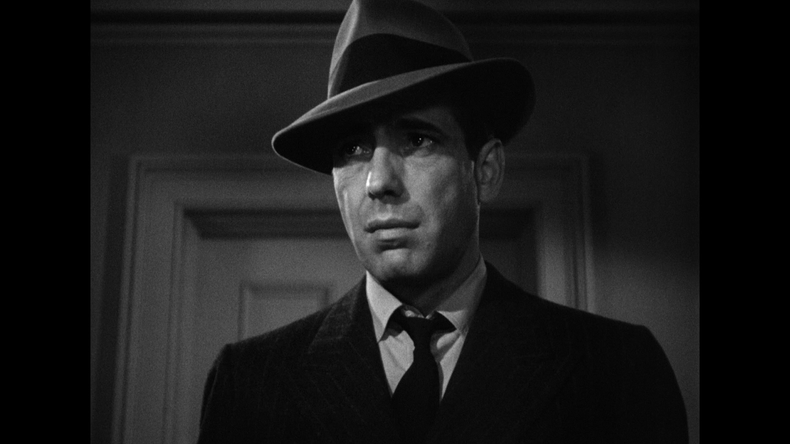 One of film noir’s most iconic tropes is the use of Venetian blinds to create dynamic shadows in a scene. The effect was often used in early Hollywood due to its low cost while still offering a bold aesthetic to a film. Using the Venetian blinds effect adds new layers to your shadows. 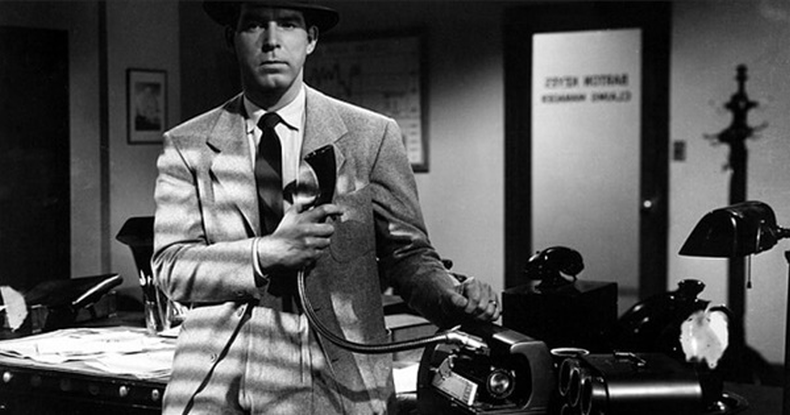 Chiaroscuro lighting is both a nod to the history of cinema and a chance to experiment in new ways. Be bold with your cinematography, and use this lighting technique to create an interesting and layered visual story in your upcoming project.