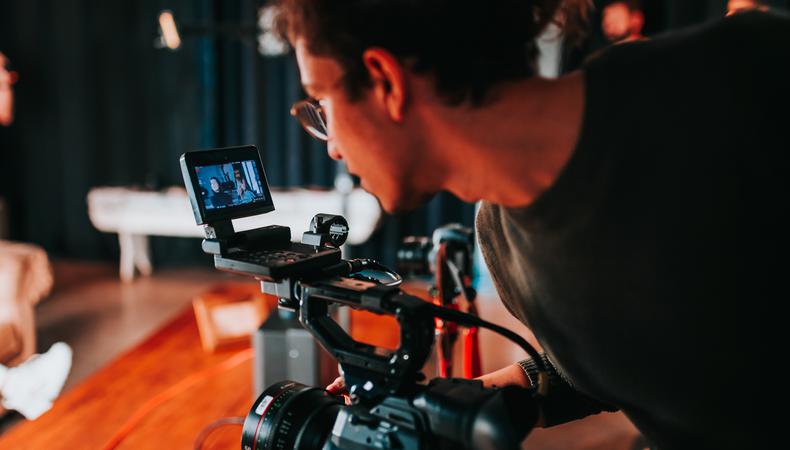 There’s no question—a high-quality demo reel is one of the most important things actors need to be cast. But what if you don’t have any professional footage to include in your showreel? It’s a question we get a lot from our readers, particularly from actors who are just getting started in the industry.

So we posed the question to 13 industry experts: How do I make a demo reel, particularly when I’m from a theater background and don’t have as many film credits under my belt? Most of them agreed on one thing: No reel is better than a bad reel. Keep reading for more advice from acting coaches, casting directors, and publicists on how to make your first demo reel—and how to make sure it gets you the part.

Rob Adler, L.A.-based acting teacher
Three essentials: A beginning demo reel must show you can act, show what you look like on screen, and look professional. This doesn't mean it needs an NBC watermark in the corner, but it should look like it could. A good demo reel gives the viewer a positive feeling about the actor. In my on-camera class, we film every scene professionally so actors have the option to use their footage for a reel that’s been prepared with an on-camera coach. Student films can also be a great way to get good material. These days, a good entry-level demo reel can even be made at home, provided the acting is spontaneous, alive, and shows you at your best.

Cathryn Hartt, Dallas-based acting teacher
A demo reel is a sample of the work you've done. Until recently, it was taboo to fake those scenes. However, these days, lots of people use “fake” demo scenes until they can accumulate footage from actual jobs. I do them myself sometimes for students. I bring in a small crew and set up shots that look like they’re from a real movie.

You could do one scene with a bit of range or one dramatic and one comedic scene. Think of it as a monologue or a close-up in a movie. Set it up like you’re speaking to someone who just left, or have someone in the scene as an over-the-shoulder shot. You might even get another actor or two and act in a scene together. Keep it edgy and natural. If it looks like bad acting, don’t use it. As soon as you get better footage from real projects, dump the fake stuff.

Carolyne Barry, on-camera and commercial teacher
If you don’t have professional-looking video from commercials, TV, and/or film work, then consider creating your own starter reel:

Or, go to a professional business and pay them to do most of this work. The starter reel won’t be as good as the real thing, but if done well, it will work until you have the professional video footage you need. Then, replace the starter scenes as you go along.

Jackie Reid, manager, and owner of L’il Angels Unlimited
The good news is that you have done theater—the hardest, most demanding, most well respected form of acting there is! That said, these days a reel is absolutely crucial to getting in the room when you are submitted for a project. Unbeknownst to the general masses, casting directors can click a button on the casting websites and filter out submissions that do not have a reel. You read that correctly. We can submit you or you can submit yourself and your submission never even reaches casting. Are you properly horrified by that idea?! You should be.

Reels are as essential to your career as headshots, a résumé, and air to breathe. If you have no actual television or film credits to draw from, do not despair! There are a number of quality coaches and services in Los Angeles and NYC that can make a great reel for you. Some places will have you slate, do a short monologue, and sing 16 bars if you are a singer. Other places will have other actors there, different sets, and a multitude of scripts both dramatic and comedic to showcase your talents. These options vary greatly in price, so make sure you do your due diligence and research some finish products of everyone you are considering.

Paul Barry, L.A.-based Australian acting teacher
A demo reel should highlight your most marketable qualities. It should be an honest representation of how you look, sound, and act right now. Footage that obscures any of these features—and old material—should be avoided at all costs.

Whether you include professional, independent, or custom-made material, the sound quality should be good, the vision quality high, and the acting the best that you can muster. Anything short of the mark on these points will lower the viewer’s impression of you, your marketability, and your professionalism.

Do not make the mistake of getting a reel together before you are ready. Products rushed to market with technical and design flaws or substandard branding are often viewed as inferior and to be avoided. Don’t let this happen to your own products: you and your talent. Get it right and then send it out to market. Would you rather make $50 right now or $1 million in a year?

Steve Braun and Risa Bramon Garcia, The BGB Studio
A reel is a vital part of your toolbox. These days, everyone in film, TV, and sometimes even in the theater world watches reels. It’s imperative to create something to shoot. Something really great. We watch so many reels that include mediocre shorts or scenes that don’t show actors off or are just not of a high caliber. Write and shoot something. Shoot a scene you love. Shoot something you’d love to watch yourself. A guy we know shot three two-minute monologues he wrote at a bar. They changed his career. You only need two to three minutes. Truly, that can make all the difference. 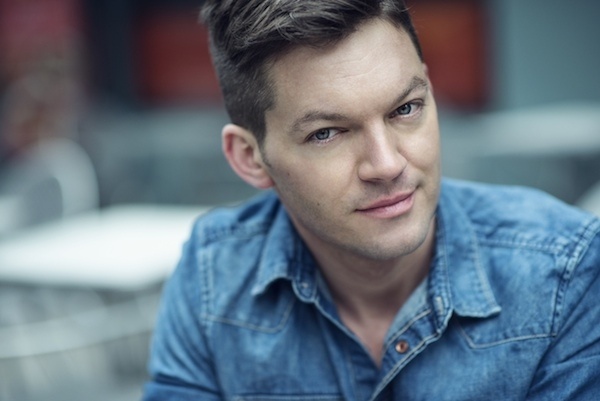 Jeremy Gordon, L.A.-based casting director
Look at a demo reel as your two to three minutes max to show off the best possible you using material from jobs you have booked. Each clip needs to be the best so that your reel is the best. If any clip makes you look less than the best, don’t use it. Often, that reel is the first and only thing we see before deciding to bring you in or not. You will only have the right footage when you have the right footage. You can’t rush it. It’s better for us to see nothing than to see you submit something that’s only okay, as then our impression of you is only okay. If all you have are clips of stage work—which, let’s face it, are never really recorded with the best quality—and your goal is to book film and TV jobs, don’t use those stage clips. Just wait until you have the best clips from film and TV. Waiting until you can do it the best way is part of being a prepared actor.

David Patrick Green, founder of Hack Hollywood
No reel is better than a bad reel, so until you have work that represents you in the most positive light possible—and for the roles you are most appropriate for—use your charm and personality to sell yourself. That will get you much further than some shoddy or amateur material.

Joseph Pearlman, L.A.-based acting coach
First, stop making your reel an obstacle to success! Don’t use the excuse of “I’m working on my reel” as means of delaying your career any further. Yes, you must absolutely have professional, high-quality video footage of your work in order to compete at the highest level of this industry, but this does not mean you need to create a traditional reel. Alternative types of demo reels are often way more effective in helping you get the audition or launch your career.

Matt Newton, NYC-based acting coach
I think newer on-camera actors should consider putting a great monologue or scene (or both) on tape. Just make sure each one is no longer than a minute, is right for your age and type, and is shot very well with great lighting. More importantly, make sure you are coached well on it. Use that to get more auditions, and then replace those scenes with real footage. Keep the reel short—no more than two minutes.

Retta Putignano, founder of Create Your Reel
Work with a professional reel production company who can help you create your reel from the ground up. Do your homework to get specific with your casting and the shows/genres that are in line with that casting, or ask for help. Scenes should look like clips from real TV or film. Having quality reel footage that is as much about you as possible is also key. The industry doesn’t need to know the whole story arc, but they want the basics: what you look like on camera, what you sound like, whether or not you have acting chops, and what your casting is. If you do this succinctly with high production value footage and great custom writing, your reel will get you in the door. Your audition will book you the job.

Garrett O. Thomas, L.A.-based publicist
From a publicity standpoint, a demo reel is an amazing tool. However, the fact that you have little film experience to bulk a demo reel up will mean that you will need to get a little creative. Marketing yourself is all about emphasizing your strengths, determining your “it” factor, and showing it. As a theater actor, you must have a strong stage presence, understanding of lighting, excellent voice projection, etc. These are theater acting skills that can be enhanced based on your personal strengths. For example, if you’re in musical theater, film yourself reenacting a scene in a play or singing a track in an auditorium. Gain permission from local schools to use their auditorium on a weekend and do your thing! Exposing your talent in a demo reel helps those that see it visualize your placement in their upcoming projects.

Ben Whitehair, L.A.-based actor
I believe your demo reel is the single most important piece of marketing material you have as an actor. It’s your calling card and proves to the industry that you can act, while also demonstrating your type. As such, do whatever it takes to make sure any footage you post as a demo reel is of the quality that you see on television or in a movie theater. That’s your competition. This means the lighting, the sound, etc. must be on point. Having no reel is better than posting a bad reel.

Ideally, you book work that you can then use in a demo reel—but I know that it doesn’t always happen that way. It can take eons to get footage back, and there’s no guarantee that the final product is professional. Alternatively, you can either take the time to produce material yourself, or get it done faster by hiring a company like Rapid Reelz. Happy filming!