8 Industry Pros on How to Build a Character’s Backstory 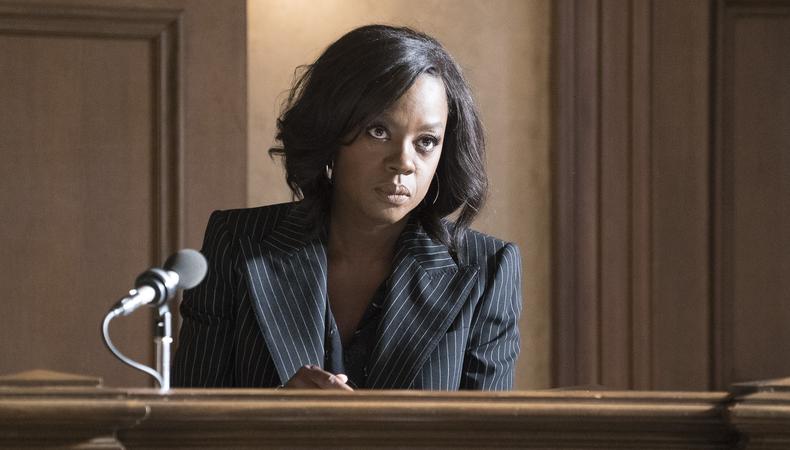 Photo Source: Kelsey McNeal/ABC – Pictured: Viola Davis on “How to Get Away With Murder”

In-demand talent are known to prepare for roles by doing lengthy research. That’s because world-building and a character’s backstory inform decisions made in rehearsal. An actor cannot be over-prepared by doing too much research. That’s because there are countless benefits in immersing yourself in the world of your character, whether it be historical, fantastical, or mundane. Here are eight professionals talking about the importance of research and how they go about building a backstory for roles both big and small.

Regina King (“If Beale Street Could Talk”) on the essential ingredient to her acting. “Building a background, it may not necessarily be talked about or discussed on camera or in the dialogue, but for every character I’ve played, there’s a backstory: who their parents were, were they college graduates, where they grew up. All of those things help to inform what whoever I’m playing will or won’t do. Say your role is a meter maid. I suggest you do all the research you can on meter maids: what they do, what their shifts are, the different levels of [employment]. There’s no such thing as being too prepared. There is such a thing as over-rehearsing, but not being too prepared as far as building the backstory.”

Sheila Vand (“Aardvark”) on the importance of a backstory for supporting roles. “[Writing a backstory] can really help root you. I built a career on supporting roles. Even though sometimes it’s like, I don’t need to be writing a whole backstory for this small part, I think that can help make things a little more specific. It’s about choices. The worst choice you can make is not [making] a choice.”

Denis O’Hare (“This Is Us”) on preparing for Jessie, his Emmy-nominated guest role on the show. “Oddly enough I felt like I was much more present because the scope of the story is so big. While the audience only gets to see the tip of the iceberg, it’s implied that there is this whole other complicated story there. The fact that when we meet Jessie, he’s in an AA meeting, and was in a relationship with William, William left, so he started using, now he’s back—that’s a lot of story, a lot of events to have happened. So because so much of the backstory was referenced in those scenes itself, it was big and intimate in substantial ways.”

Joanna Going (“Kingdom”) on preparing for her role playing a heroin addict and prostitute. “Well, in preparation for the first season, right in the beginning I did a lot of research about heroin addiction. I read a lot, I watched some documentaries. I watched a lot of YouTube videos that were put up by actual users. Often people who are trying to kick and are going through detox and kind of making a video diary, which is incredible that they have the wherewithal to do that.”

Betty Gabriel (“Westworld”) on researching characters for stories with fantastical elements. “I do a lot of reading of actual real-world situations and, depending on who I’m playing, I’ll watch documentaries about real life, former gang members or ex-military people. I’ll actually draw from real life and infuse it with other movies that have done it well and other stories that have been told that have really captured that world, whatever world it is. I like to draw from fiction, nonfiction, documentary, podcasts, my next-door neighbor’s weekend excursion—whatever I can get and be inspired by.”

Viola Davis (“How to Get Away With Murder”) on finding a character’s motivation through backstory. “Your action is depending on what you need in life as that human being. What your emotional life is like, those things that have to be discovered and explored before you start going toward your action. They inform what [each] action is. For instance, if you have a strong need in life to love and be loved because you were abandoned when you were a baby, everything in your life is ‘I need to be loved. If [I’m not], I don’t think I matter.’ How does that inform your objectives? I guarantee you, if you answer the question of the need first, that’s a way more interesting actor.”

Jeff Lima (“Chicago Fire”) on using Stanislavsky’s method to research a character. “In creating the character John Santos of HBO’s ‘Show Me a Hero,’ I was tasked with identifying what Santos’ inner life was based on a novel—I had parameters in creating and a big part of preparing the role was justifying my choices for Santos based on a document so that the physical manifestation, collectively the character, was true to the book. On the other hand, preparing Leon Cruz of NBC’s ‘Chicago Fire’ required using the script to create the inner life in order to project the character truthfully. I guess it's similar to investigatory work: some cases are almost spelled out for you and merely require identifying motive. Others require creative inquiry and research.”

Apply for a gig on “Chicago Fire” here!

Rebecca Taichman (“Time and the Conways,” playwright) on empowering actors to research the historical context of the roles in her plays. “I think for [these] particular plays if you don’t understand the context, it’s very hard to play because you don’t have your foundation. So I try to empower the actor to really research that context on their own and then to share it as a dialogue with each other.... The task is really how to get the research in the room in a way that sets actors alive. I find that the more empowered and engaged the actor is, the more that usually happens.”

Want to see more gigs? We’ve got ‘em in our Backstage casting calls!