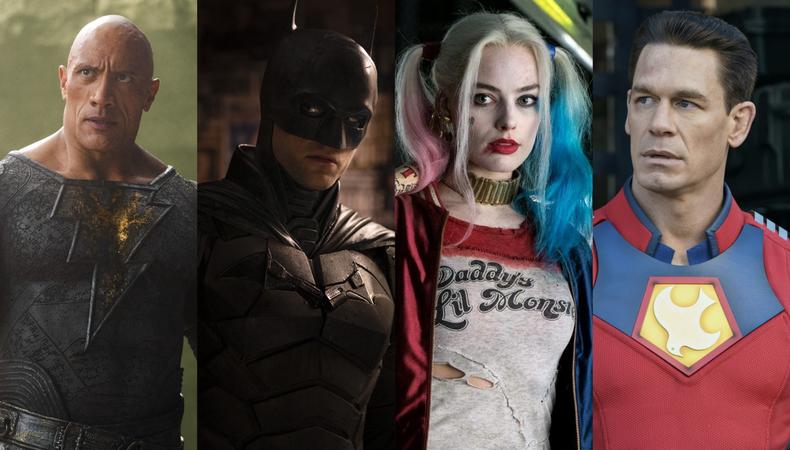 DC Comics is responsible for releasing more than 100 movies (and counting) over the course of 70 years, beginning with 1951’s “Superman and the Mole Men.” Since then, the comic book giant has repeatedly reinvented itself, making its mark with hits like 1978’s “Superman” and 21st century offerings like “Justice League,” “Aquaman,” “The Dark Knight,” and “Wonder Woman.” DC’s also a force in television, with more than 80 TV series to its name, ranging from classics like 1952’s “Adventures of Superman” and 1966’s “Batman” to modern shows like the CW’s “The Flash” and HBO Max’s “Doom Patrol.”

If you want to show off your acting chops in the DC Universe’s next big box office hit, we have some tips on how to get involved. From projects currently filming to advice from actors who have appeared in the DCU, here’s our guide to getting cast in this iconic mega-franchise.

What is DC Comics?

DC Comics is one of the oldest American comic book companies, publishing its first title in 1937. Superman, Batman, Wonder Woman, the Flash, and Catwoman are among the iconic label’s most famous characters. The comics have spawned a whole world of movies and TV shows revolving around its superheroes and supervillains. Along with “The Batman,” the latest installment in the adventures of the Caped Crusader, starring Robert Pattinson, this year also saw the release of “Black Adam” starring Dwayne “The Rock” Johnson as the newest DCU superhero to join the big-screen pantheon. We can also expect the premiere of HBO Max’s “Doom Patrol” Season 4 on Dec. 8, as Brendan Fraser, Matt Bomer, and the rest of the gang unexpectedly travel to the future.

Which actors are in the ensembles of DC movies and TV shows? 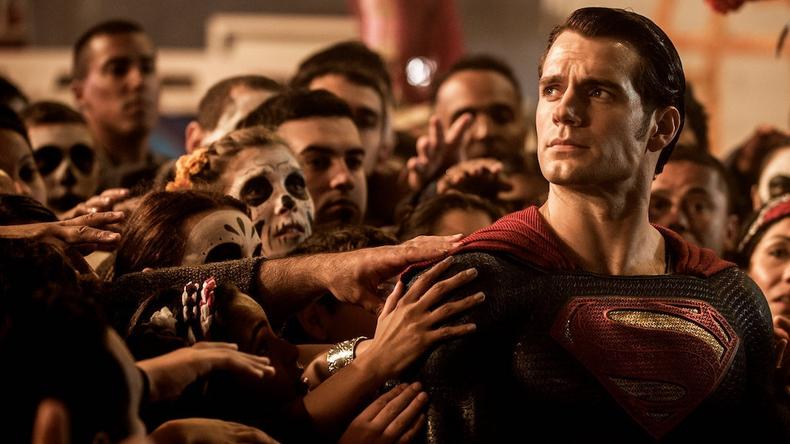 How does the casting process work for DC Universe movies and TV shows?

The DCU is so well-known that it can feel overwhelming to even audition. However, it’s critical to trust your creative instincts. That’s how Gal Gadot won the role of Wonder Woman, making her debut as the superhero in “Batman v Superman: Dawn of Justice.”

The movie’s director, Zack Snyder, discussed Gadot’s audition with Ben Affleck in an interview with Film Junkee. “They were doing a scene that’s not in the movie; we had just written it for the audition,” Snyder said. “[Gal] was just confronting [Affleck’s Batman] about his drinking—or, I don’t know, something intense. And so she says something to him at the end of the scene; it’s kind of a riff on the: ‘You’ve never known a woman like me.’ And then in casting, he’s doing the scene like this: [makes a serious face]. And then she says it, and he goes, ‘Whoa.’ And it was awesome, because we were just like, ‘I guess this is Wonder Woman.’”

But even stars have their doubts. Christian Bale told MTV that he felt like he screwed up his “Batman Begins” audition. “I got there. They put me in Val Kilmer’s [who played the role in ‘Batman Forever’] suit,” Bale said. “It didn’t even fit properly, and I stood in it, and I went, ‘I feel like an idiot. What kind of guy walks around dressed like a bat?’ I went, ‘I can’t do this in a normal voice. I have to become a beast in order to sell this to myself.’ I went home that evening, and my wife said, ‘How’d it go?’ I went, ‘I kind of did this.’ And I showed her, and she went, ‘Oh, you fucked that one up, didn’t you?’ Thank God they went for it.”

What projects are currently filming?

According to director Angel Manuel Soto’s Instagram Story, “Blue Beetle” wrapped filming in mid-July, starring Xolo Maridueña of “Cobra Kai” fame. He plays Jaime Reyes aka the Blue Beetle, the DCU’s first Latinx hero—a teen who finds an ancient Egyptian scarab beetle that grants him the power to summon a super suit. While the film was originally set to debut on HBO Max, Warner Bros. has since secured a 2023 theatrical premiere.

“Joker: Folie à Deux,” the sequel to Joaquin Phoenix’s Oscar-winning turn as DC’s most notorious villain, however, has yet to begin production. According to the Film & Television Industry Alliance (FTIA), the movie has set a production start date of Nov. 5. With Phoenix set to reprise his role and Lady Gaga playing his sidekick and girlfriend Harley Quinn, the film will surely rival its predecessor. “Batgirl,” on the other hand, which would have seen Michael Keaton return as Batman for the first time since his stint as the hero in the ’80s and ’90s, has been axed entirely, according to Variety. Instead, Keaton will appear in 2023’s “The Flash,” which has seen its own fair share of controversy.

Where can you find DC Comics casting calls and auditions?

Earlier this year, an untitled DC project was casting with us. Warner Bros. was looking for Latinx or Hispanic talent, aged 18–20, to play a rebellious Mexican American woman in an upcoming film. Back in August, we also reported that HBO Max series “Green Lantern,” centered on DC’s iconic superhero who draws his powers from a magical ring, was in the process of casting additional roles ahead of its new live-action series on HBO Max. Vickie Thomas Casting is putting together the ensemble, and production is set to start later this year in Los Angeles.

While there are no current opportunities for work in a DC movie or TV show, be sure to keep an eye on our casting calls page for updates—especially when production for “Green Lantern” begins. In the meantime, you can also check out our superhero casting roundup for your chance to join an action-packed project. Along with this resource, our guide to landing a role on HBO’s “Titans” can also give you an understanding of what DC might be looking for when it comes to casting for television. 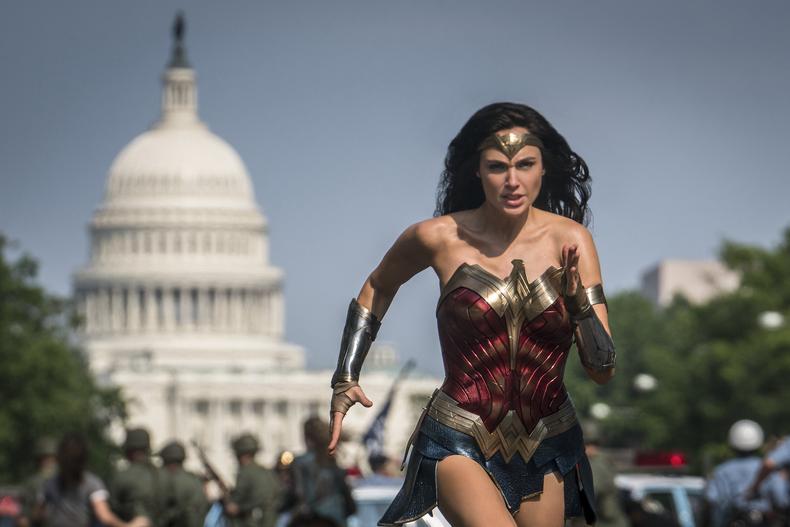 Who are the casting directors for DC Comics movies and TV shows?

While the massive DC franchise employs a number of CDs across its many projects, Kristy Carlson is a name to know, according to Deadline. She is currently the head of the feature casting department at Warner Bros. Pictures, which owns DC. Prior to that, Carlson was the senior vice president of the department; she has been at the studio since 1999. She served as casting director for DC films including “Wonder Woman” and its sequel, “Justice League,” “Batman v Superman: Dawn of Justice,” “Man of Steel,” and “Watchmen.” She also worked in the casting departments on the “Harry Potter” films, “Edge of Tomorrow,” “Crazy Rich Asians,” and “A Star Is Born.” 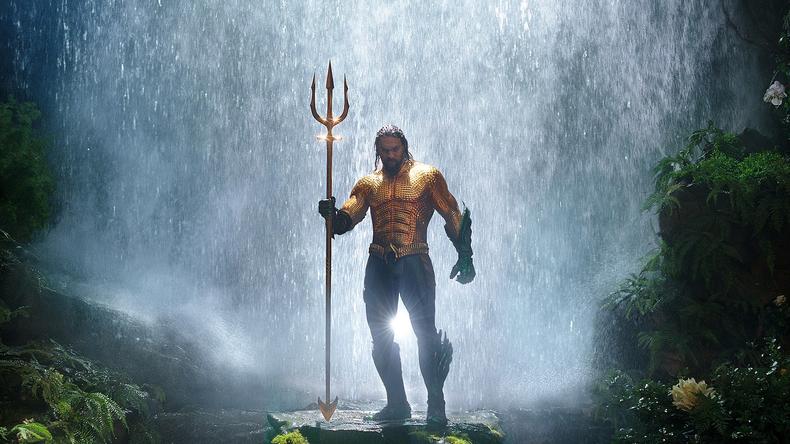 What are the best audition tips for landing a role in a DC Comics movie or TV show?

Michael Keaton, who played Bruce Wayne in Tim Burton’s 1989 “Batman” and its 1992 sequel, “Batman Returns,” discussed his approach to auditioning on an episode of Backstage’s In the Envelope: The Actor’s Podcast. “I made this decision: I never looked at an audition as an audition again,” he said. “I looked at it like: Oh, I have a job. Here’s my job. I have a script. I went to work. If I was only there 25 minutes, when I left, I was getting off work. So I said, ‘It doesn’t matter if I got the job. I already got the job.’ It may take a while, but it’ll pay off in the long run.”

Halle Berry, who played the titular character in 2004’s “Catwoman,” emphasized the importance of perseverance and believing in yourself. “If you want to be seen in a certain light and there’s no role for you, create it,” she told us. “That requires being focused, being tenacious, not taking no for an answer, and really having a desire to do something that you love. It’s about believing in yourself—believing that you can do it.”

Regina King, who starred in the Emmy-winning HBO limited series “Watchmen,” said that finding a common bond with your character is essential to success. “Although a character is not you, it’s kind of your job as an actor to find a bit of you in that character, because that’s what allows you to play it honestly,” King told us. “I know it sounds crazy, but you could even be playing a murderer. Finding something in there…that you the actor can connect to—that’s what our job is.”